A police dog ate my hamster... 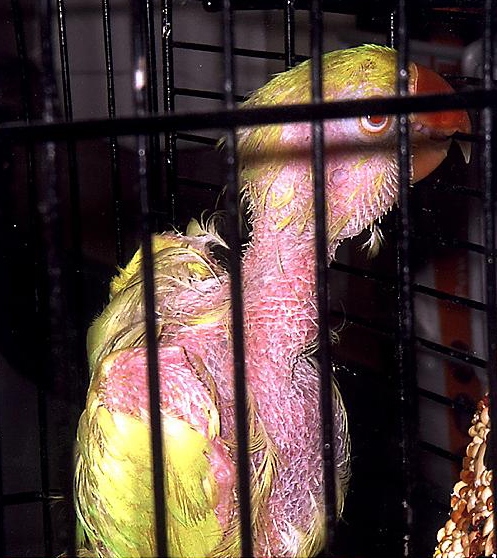 DISTRESSED . . . parakeet Miko had plucked out its own feathers

A DRUGS bust took a bizarre twist when a police sniffer dog ate a pet hamster, a court was told.

During the raid on a house in Bath Street, Werneth, a drugs dog was allowed to walk around the house and knocked over a hamster cage, releasing the animal inside.

The dog chased and ate the hamster whole before being forced to cough up the now-dead animal.

The parakeet, named Miko, was removed by police who believed it had been mistreated.

Khan pleaded guilty to failure to protect the animal from suffering. Hewas banned from keeping a bird for two years and fined £110, with £415 costs.

The RSPCA had inspected the bird: Mark Harper, prosecuting on its behalf, said the bird’s cage was dirty and its water dish held dirty, stagnant water.

The cage had been kept on the floor next to a radiator and television. Khan’s cat walked nearby.The bird was so distressed it had begun to pluck out its own feathers. It was treated and rehomed,

Tim Hughes, defending, said Khan had been given the bird three months before the incident when it was “almost bald”, and the bird was “on the up and up” after it came into his care.