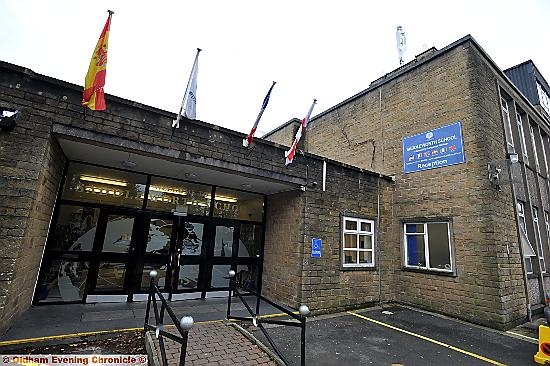 A parish councillor who quit the Lib-Dems over their support for moving Saddleworth school to a new site in Diggle claims a door-to-door campaign is gaining massive support.

Councillor Mike Buckley, the spokesman for Save Diggle Action Group (SDAG), says anger to the plan to build the £17 million school in Diggle is growing across the wider community.

The group argues the new Saddleworth School should be built at its existing location in Uppermill - and describes Oldham Council’s support for the Diggle move as “uninformed, misguided and misleading”.

Councillor Buckley and fellow councillor Lesley Schofield quit the Lib-Dems and are joining the parish council’s Independent group, boosting its number to five.

They claim local Lib-Dems have allied themselves with Labour and actively support the move to Diggle on the parish and borough councils.

Mr Buckley said: “When people realise what is proposed, overwhelmingly they are opposed to the move.

“It contravenes all existing planning policies, is universally inconvenient and rides roughshod over the wishes of local people.”

He went on: “Saddleworth Independent councillors have consistently opposed Oldham Council’s plans to move the school to Diggle and have urged the authorities to build the new school on the existing site in Uppermill.

“Our own plans have shown the same facilities — or better — can be achieved in Uppermill.”