You are Here: Home » News » Future vision built to last 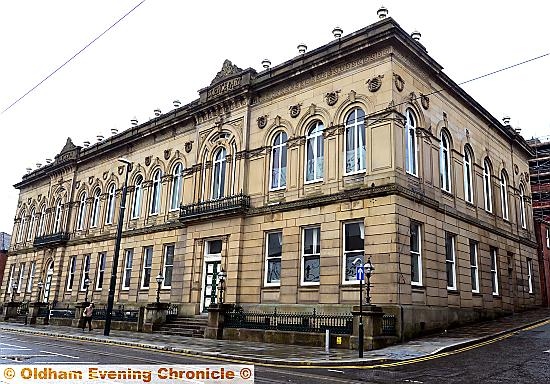 OLDHAM Lyceum – one of Oldham’s most important historic buildings, now part of the development plans

OLDHAM’S cultural and heritage regeneration has been given a boost with agreement on a new programme of developments.

Cabinet members have approved plans for Oldham’s new Heritage Centre and Coliseum Theatre in a four-phase project over 10 years. Proposals for the centre, which received planning consent in March, have been widened to include other town centre building such as the Lyceum, with the aim of improving more of Oldham’s historic landscape.

The development following the receipt of “significant” new funding - several million pounds - from a charitable trust.

The works schedule would see the former Oldham library in Union Street become a heritage centre. This would be followed by the conversion and commercial development of the local studies library and museum buildings for new uses, before the third phase added a new Coliseum Theatre, linked to the heritage centre. A new final phase will then address the future of Union Street’s other much-loved buldings. The first phase could start in February 2017.

Council leader Jim McMahon said: “This programme lays down a programme to deliver our long-standing commitments to a new heritage centre and Coliseum theatre. Alongside regeneration schemes for the old town hall and Prince’s Gate, they will help to make Oldham a fantastic destination.”

He explained: “We’ve had an extremely generous and once-in-a-lifetime offer of significant funding to get the heritage centre up and running, details of which will be released later.

“That scheme already has planning consent and a condition of the offer is that it must be delivered before the end of 2018 - which is why it needs to be the first phase of development.”

The stages of development have been worked out after months of talks with Arts Council England and the Heritage Lottery Fund. He said the new plans go further than previously intended and will take in the local studies and museum buildings, the Lyceum and the old bank building at Mumps.

“This is about learning the lessons of the past,” he added. “Buildings without a clear plan can quickly become costly symbols of decline and neglect - as happened to the old town hall.

“We have some wonderful and beautiful buildings in Oldham and if we’re serious about our heritage them we must move to secure their long-term future.”