You are Here: Home » News » A fairer Oldham: now let’s do it

A fairer Oldham: now let’s do it 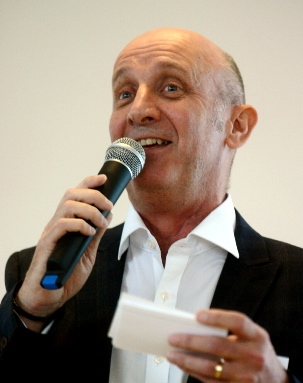 “This is just the beginning,” MP Debbie Abrahams told the crowd at her final conference to develop an action plan for a fairer Oldham.

On Friday, the MP for Oldham East and Saddleworth invited the public to Mahdlo Youth Zone for the final Oldham Fairness Commission conference. She set up the commission in 2013 to identify issues causing inequalities in education, employment and income.

The OFC report, published last March0, revealed areas of concern and made 30 recommendations for a fairer Oldham.

Mrs Abrahams said: “As great a place Oldham is to live and work, there are still some people who do better than others. “We know white British boys on free school meals will do less well at school. We know that if you are of Pakistani or Bangladeshi heritage you are 30 per cent less likely to be in work.

“Women, on the whole, are paid 20 per cent less than their male counterparts and in Oldham there is a 34 per cent disability employment gap, which is higher than the national level of 30 per cent.

Commissioners will review comments made at Friday’s event before completing their official “road maps” to deliver the report’s recommendations.

Mrs Abrahams said: “This is not the end, this is the beginning of the process and it is a process. We will be monitoring key performance indicators set out by the different agencies over the last few weeks and reporting on those mid-year and then next year we will be saying what progress we have made

The OFC has been publically supported by a number of well-known figures, including Oldham’s Rugby League legend Kevin Sinfield and Labour Party leader Jeremy Corbyn.

THE RECOMMENDATIONS IN FULL

Engage and support parents from their child’s birth onwards.

Provide a range of careers advice, planning & experiences for children and young people.

Ensure vocational and non-vocational curricula that engage and motivate students.

Include action in the Education and Skills Commission.

Enhance the diversity of Oldham teachers.

Develop a lifelong learning strategy with reference to those groups disadvantaged in the labour market.

Publish data on the employment. gaps of disadvantaged groups.

Monitor the reduction of employment inequalities in Get Oldham Working.

Develop a campaign to promote awareness of the employment inequalities.

Publish data on the impact of the work programme and other employment support programmes on men, women, BME groups and people with disabilities.

Increase access to affordable finance for individuals and businesses.

Publish data on the ratio of top pay to average pay.

Identify how people living in poverty (in-work and workless) can be better supported.

Address the market failures of executive pay and reward for mediocrity.

Campaign for progressive economic policies to reduce inequalities in income and wealth.

Campaign for action against late payments for small businesses.

NO-one’s impact in supporting the initiative has been as important as the inspiring Marzia Babakarkhail.

Marzia, a judge in Afghanistan, was forced out of her homeland by the Taliban in 2008 after she set up a foundation for educating girls. The Taliban tried to kill her in a high speed hit and run as she visited her sick mother in hospital. Her friends and colleagues begged her to leave Afghanistan and she came to Oldham.

Marzia captivated the audience at Friday’s event with a powerful speech.

She said: “I believe everyone is born equal, so no gender, no colour is better than any other. If we don’t stop discrimination, society will be in a worse condition. Though the Taliban forced me from my country they could never stop me fighting for equality in education. I know how strong we can be when we all united and support each other.”

EVENING Chronicle managing editor David Whaley says the newspaper is committed to playing its part in delivering a fairer Oldham.

Speaking at the final conference, Mr Whaley told the packed room: “The Chronicle has, for 160 plus years, served this borough well. When I took over in the editor’s chair six years ago I made it my goal that our newspaper would be the voice for a more positive Oldham. I was sick of us being a vehicle for everybody sniping at what had not been done.

“The Chronicle has never carried a flag for one party. We don’t care who does the job of making Oldham a better place, just get on with it.

“The fairness commissioners are committed to leading Oldham to a better place. I give you our pledge as a newspaper that we are committed to reporting those efforts and to inform people of Oldham that, together we can do it.”