Deep end of an era 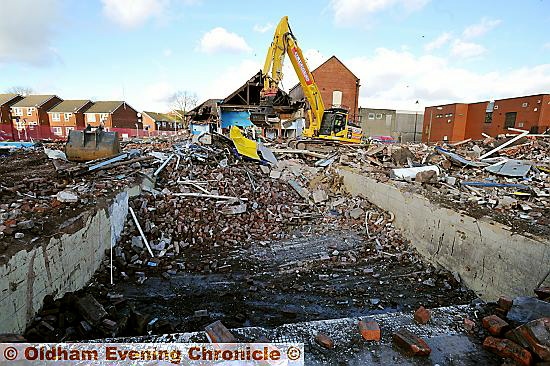 NO swimming . . . the pool where many youngsters learned to swim is unrecognisable.

HISTORIC Crompton Pool has been reduced to rubble as demolition work continued on site this week.

The leisure centre known locally as Shaw Baths closed permanently in 2014 after repairs were considered too costly. The baths had already been earmarked for closure as part of Oldham Council’s 2012 plans to replace the pool.

Currently, there are no plans for what will stand on the Farrow Street site..

Councillor Sykes said: “We have long been campaigning for a new health centre which Shaw and Crompton desperately needs. The site for the centre is the former baths car park and with its sad demise, this makes it even easier to develop for a health centre.”