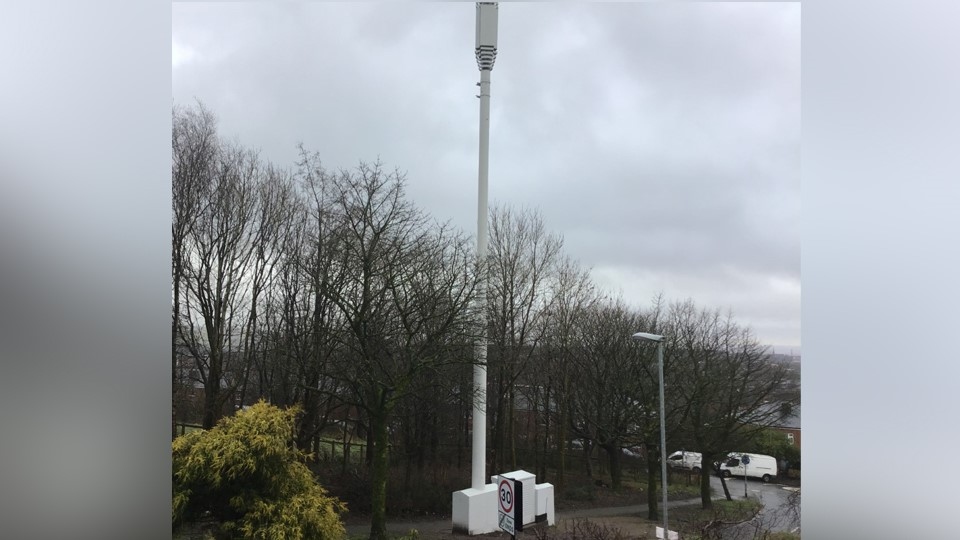 The 5G mast on Counthill Road

The blight of unsightly and what have been described as 'complete eyesore' 5G masts has struck in Oldham again.

'Terrified' residents and 'devastated' business owners hit out at the sudden sight of a 5G mast in Failsworth back in September, and though they had a sympathetic ear from the leader of Oldham Council at the time, changes in planning laws last year meant locals were denied a say when an initial application to erect the mast was submitted.

Now, local residents have responded with despair again at the sight of a new 5G mast which was erected one night in December on Counthill Road in Watersheddings.

An unnamed local told the Chronicle: "The mast went up in December at 10 o clock at night.

"Residents are appalled and are concerned about what waves are coming off it, and if it has de-valued house prices in the area.

"It looks a complete eyesore and nobody was informed that it was going up, though planning are saying it was on their website.

"I have emailed the Planning Office and basically they are saying they can put them were they want."

Official records show that Three applied to erect the base station on April 22, 2020, and the site was approved on June 9.

Hutchinson Telecom, owners of the Three network, say the site was chosen to keep disrupiton at a minimum.

In their application they say the site has been "set against a screening backdrop of tall mature tree planting".

In addition, they suggest the nearest residential property is "located side on to the proposal and thus is not directly over looking it." 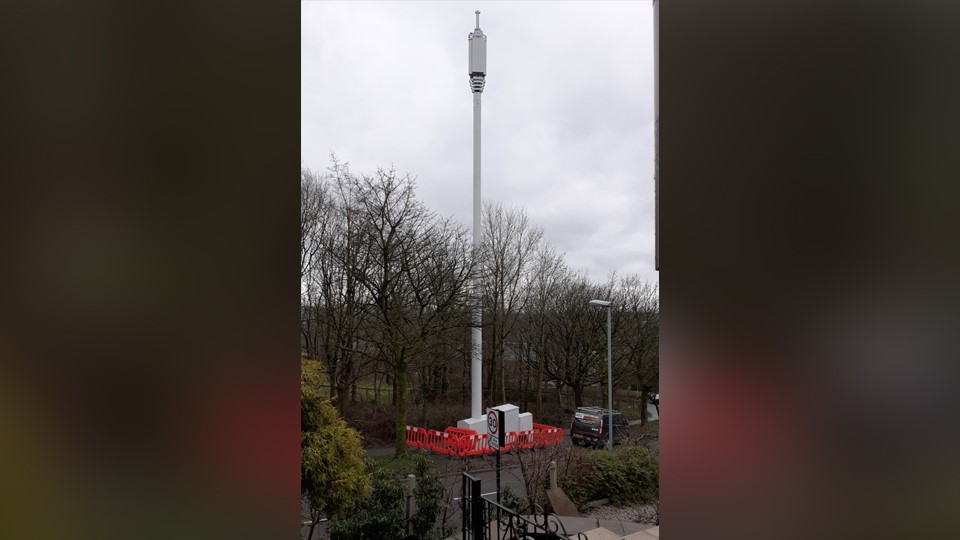 The householder now says her view has been ruined, adding: "Last summer I had all my garden done and now all I face is this monstrosity every time I open my front door.

"I am really bothered about sitting outside. It looks an absolute monstrosity.

"I am so stressed out with this I feel like selling my house."

The regulations regarding phone masts were relaxed last year.

Taller mobile phone masts are now allowed without full planning permission as part of efforts to boost 5G coverage across the country.

New base stations and upgrades to existing masts are also permitted without approval from councils, to speed up roll-out of fast mobile internet.

An Oldham Council spokesperson said: “The benefits of having 5G in Oldham ensures that both our residents and businesses can enjoy faster connectivity in their local area.

“Whilst we empathise with our residents' concerns over the mast's appearance, these masts will provide us with greater access, faster download speeds and stable connections, all of which enables us to carry out our daily tasks much easier, especially for those of us working from home.

“The mast in question on Counthill Road did obtain consent after being submitted under the ‘prior approval’ process.

"However, as this is not a planning application, this restricted the criteria on which the Council could assess the proposal to the mast’s siting and appearance.

“A site notice was issued for its installation, as set out in the relevant planning regulations, to make those nearby aware of the works that would take place.”