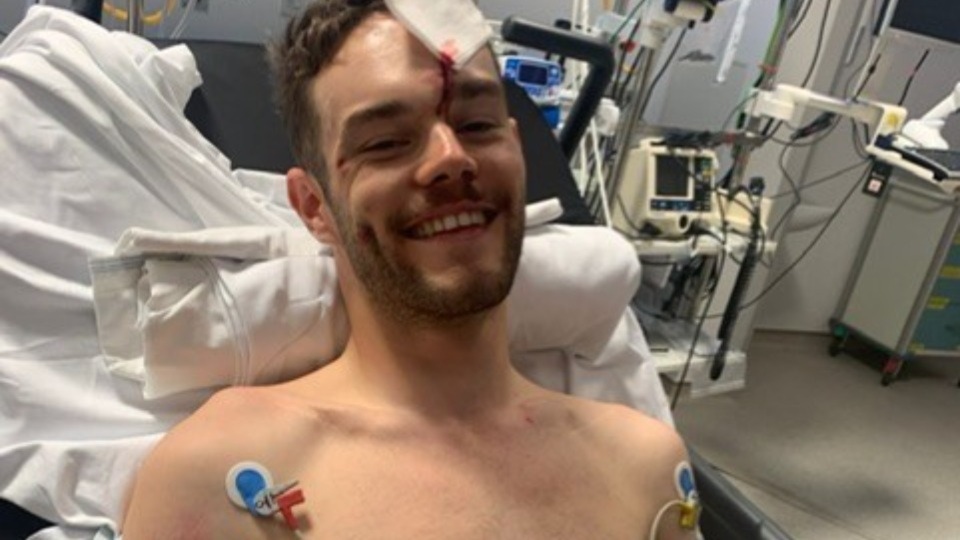 Oldham cyclist Matt Walls has been released from hospital after he was involved in a horror crash in which both he and his bike flew into the crowd at the Commonwealth Games.

The 24-year-old Olympic champion from Shaw has "stitches in his forehead, scrapes and bruises" but no major injuries, said Team England.

He was treated in the stands at Lee Valley VeloPark in London for 40 minutes.

The Isle of Man's Matt Bostock and Canada's Derek Gee were also taken to hospital for tests.

Spectators were also injured, with one taken away in a wheelchair.

A Team England statement said: "Following medical treatment in hospital, Matt Walls has been discharged with stitches in his forehead, scrapes and bruises but thankfully no major injuries."

Walls later tweeted to thank people for their messages of support, adding: "I've somehow come away with no serious injuries, just a few stitches and pretty banged up.

"I really hope everyone else involved is OK, including the spectators that may have been injured."

The crash happened in the final lap of the men's scratch race qualifying as eight riders collided on the track.

Walls' father Larry revealed the family had a weekend of elation and drama.

And his mother, Lorraine, was heading to the Velodrome on Sunday for the games.

Larry, who had stayed in Shaw, said: “I was watching the Games live on TV and Lorraine runs from hotel to Velodrome after hearing about the crash.

“It was a horrible time but after 45 minutes, we heard Matt was conscious.

“Lorraine and Matt's girlfriend Fleur visited him in hospital, and thankfully he was in good form.

"He got checked out in the evening and then went back to the hotel.”

Olympic champion Walls was awarded an MBE in this year's Queen's New Year's honours list for his services to the sport.

He claimed gold in the omnium event at the Tokyo Olympics before adding a silver medal alongside teammate Ethan Hayter in the madison a couple of days later.

The former Crompton House pupil took the gold at his Olympic debut.