You are Here: Home » News » Latics » Get involved - the 'All about Latics' podcast is here!

Get involved - the 'All about Latics' podcast is here! 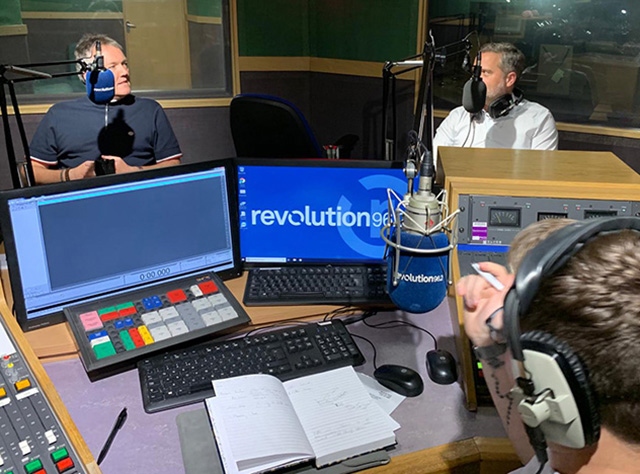 An exciting podcast has been launched to coincide with the start of the 2019/20 football season.

The Oldham Chronicle's weekly 'All about Latics' podcast will feature three expert pundits - Billy Quarmby, Simon Brooke and Simon Smedley - focusing on and discussing the on and off-field prospects at the town's EFL League Two football club, Oldham Athletic.

Credible Media MD Matt Ramsbottom said: "'All about Latics' will be a great forum for the fans of the club to listen to and get involved with.

"There's been so much going on at Boundary Park, we just wanted to open the discussion up, if you like.

"Hopefully lots of Latics fans, and football fans in general, will be keen to engage and interact - this podcast is for everyone who's into the game.

"We've got three terrific pundits on board, all with lots of Latics connections, and lots of football knowledge and topic ideas between them."

Quarmby is a former member of Latics' coaching staff, who worked under manager Lee Johnson when he was at Boundary Park between March, 2013 and February, 2015.

A fan since 1986, Brooke is a former Latics club director and ex-Supporters' Trust director.

Smedley is an experienced freelance sports journalist who has worked at the Oldham Chronicle printed paper and Credible's current online site.

Topics of discussion this week - both serious and light-hearted 'banter' - included the merits of new Latics manager Laurent Banide, club owner Abdallah Lemsagam, pre-season match results, and the prospects for the opening League Two game of the campaign at Forest Green Rovers.

Have a listen to opening 'All about Latics podcast at: https://www.revolution962.com/on-air/podcasts/all-things-latics-the-podcast/