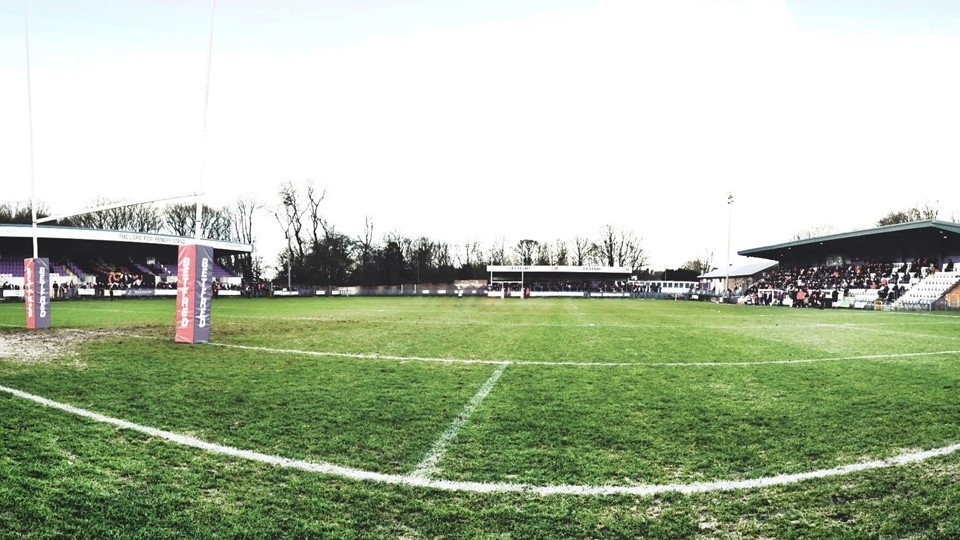 Sunday could be a big day for the Abram family of Warrington if Dan (25) and his younger brother Jamie (20) both play for Oldham, as they did for the first time at York

On-loan full-back Tom Nisbet, whose dismissal for a high tackle shortly before half-time cost Oldham RL dearly at York last Sunday, has been banned for two matches by the sport's disciplinary committee.

Oldham were holding their own at 6-6 with the City Knights when the 20-year-old St Helens player floored home centre Tyme Dow-Nikau illegally, but not maliciously, as the Kiwi counter-attacked following Roughyeds pressure.

"We were the better team when it was 13 v 13, but we eventually ran out of steam," said coach Matt Diskin, who watched the game on OuRLeague because he was isolating after coming into contact with a family member who had tested positive for Covid.

In the later stages of the game, a talented York side scored four tries in 15 minutes to win 34-6, but it was a score which in no way reflected the effort Roughyeds put in.

Nisbet's loan agreement was for two weeks only and Oldham have no game on Sunday week, so his current agreement will have expired by the time he can play again.

"We will be talking to Saints to see what happens next with Tom," said club chairman Chris Hamilton.

Oldham's latest loan signing, Louis Senior, a winger or centre from Huddersfield Giants, is also on a two-week agreement so he might also play only one game for Roughyeds.

Sunday could be a big day for the Abram family of Warrington if Dan (25) and his younger brother Jamie (20) both play for Oldham, as they did for the first time at York.

Their father Darren, a pacy centre, played for Roughyeds for several seasons in the 1990s when the local side was in Super League.

Dan, formerly with St Helens, Barrow, Whitehaven and Rochdale, is a full-back or half-back who has been at Oldham since last year.

Jamie, a hooker, was at Salford, Warrington and Dewsbury before joining big brother at Oldham only a few weeks ago to become a third No 9 in Diskin's squad because Matty Wilkinson will be out for most of the season, if not all it, with a broken leg.

Jamie knows he is third in the hooker pecking order behind club captain Gareth Owen and Declan Gregory, but he got his chance at York because Owen was down with an infection.

If he is still ill this weekend, Abram jnr could make his home debut on the very day that brother Dan plays his 100th career game.

He's in line to reach that milestone after playing 29 games for Barrow, 28 for Whitehaven, 29 for Rochdale and 13 for Oldham to date.