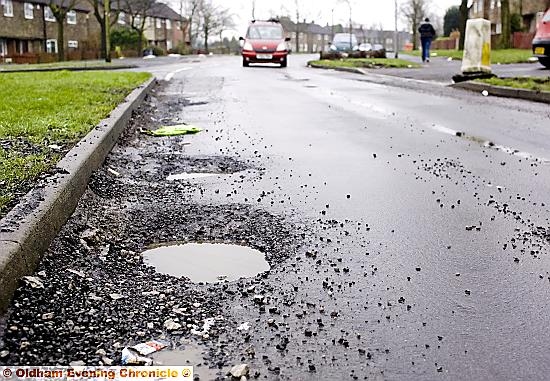 REPORTS of potholes in the borough are falling as Oldham tries to climb down from the pinnacle of the pothole league of shame.

Oldham Council have received a sharp drop in notifications regarding potholes in the borough as they received 2,293 complaints in 2015/16.

The figures came at last night's council meeting after Cllr Dave Murphy expressed concerns about Oldham being named the worst area in Greater Manchester for the amount of potholes in the borough as they received 3,594 complaints in 2014/15.

Cllr Fida Hussain said the significant drop showed progress. Cllr Murphy had cited that being the pothole capital of Greater Manchester was an accolade that nobody wanted.