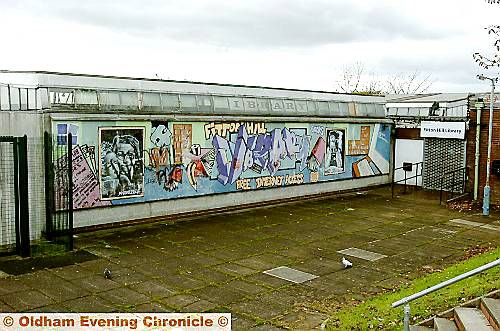 OLDHAM’S libraries will have a quarter sliced off their budgets over the next five years.

The budget includes £1.3 million to pay for the Oldham library and Lifelong Learning Centre building and maintenance, leaving £3.7 million — including £2 million for salaries — controlled by the council from which cuts can be made.

But like libraries across Greater Manchester and the North-West, Oldham is looking at new ways of working, including using more volunteers and putting libraries and other public services under one roof.

Failsworth Library will be moved to the town hall, currently being refurbished as a community building, and Fitton Hill could change from part time to full time with volunteers from the local community.

The report, to be considered by Oldham Council’s Cabinet tomorrow, says new ways of working have to deliver 25 per cent savings on costs by 2015.

It added: “A very clear starting point for the discussions is that the service is much more than books and buildings — these are simply tools of the trade, but consideration of their role and purpose is often limited to these two elements.”

The aim is to provide access to learning, support for learning, community space and books and reading. All main libraries should also have six public access computers.

Regional libraries are already collaborating on an interlibrary lending service, a purchasing consortium, and there is a North-West project to develop a business model for a single shared library service for the whole region.

The aim is to shave 25 per cent to 40 per cent off operating costs over four years.

The 10 councils in the Association of Greater Manchester Authorities are also considering the same approach for the Manchester city region, including Oldham.