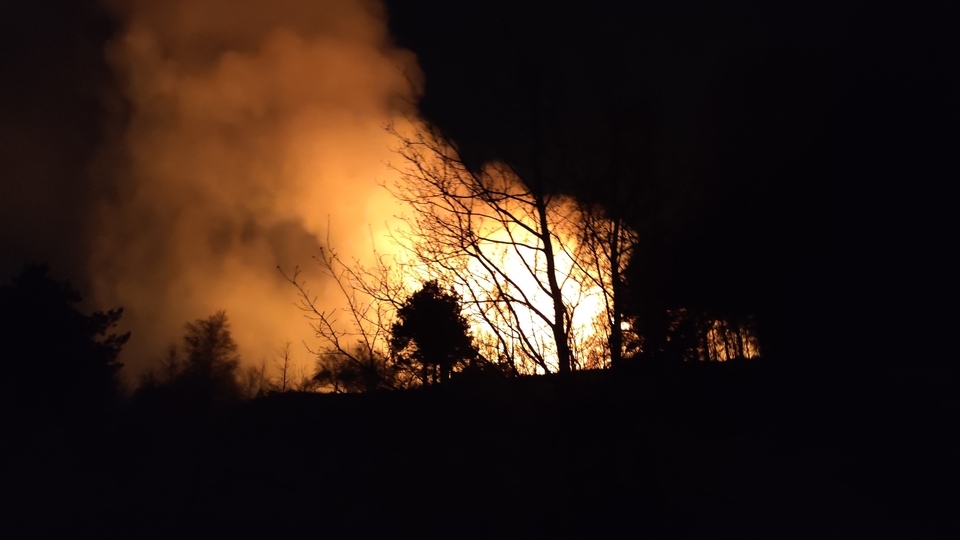 The scene of the blaze above Dovestone last night. Images courtesy of Brian Banawich

Two years on after the huge fires of April 2019, which destroyed over 700 hectares of moorland at Marsden Moor in Yorkshire, National Trust rangers are warning that the threat of moorland fires continues.

And this news comes the morning after land above Dovestone was ablaze again last night (Thursday).

There was a 'huge' fire at Dovestone last night, according to one local resident who contacted the Chronicle.

He added: "Fire fighters had some difficulties accessing the site of the blaze as it was quite high up with no road or oath access.

"We hate to say "I told you so", but this just reinforces the the need to reinstate the Ranger system at Dovestone.

"We need more watchful people on site to alert the authorities to fires or people attempting to light fires."

After several weeks of dry weather, the moors are extremely vulnerable to fires. 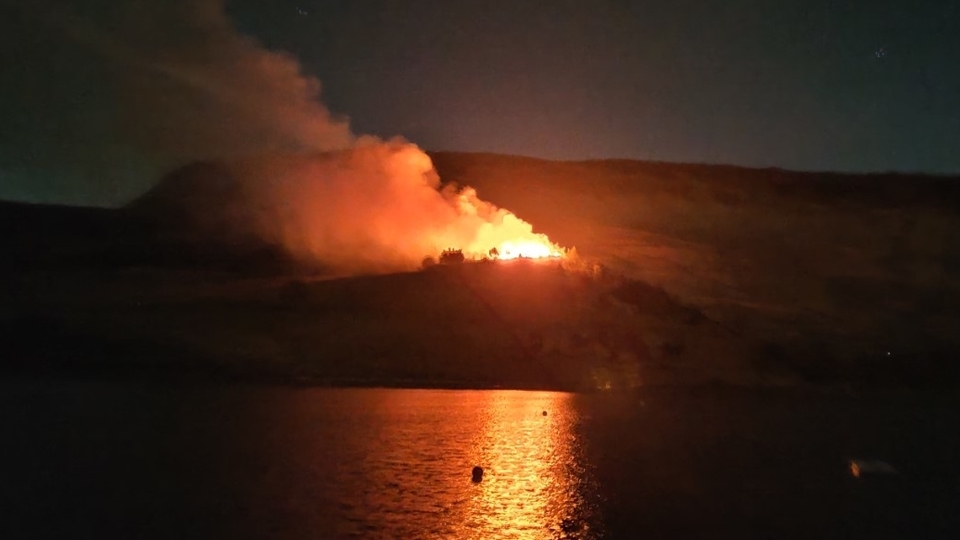 It took a helicopter four days to fully extinguish the flames, which had been caused by a discarded disposable barbeque.

There were similar scenes right across Saddleworth moor throughout the summer of that year.

BBQs and fires are banned on the moors all year round to protect the landscape.

Visitors are reminded that defying the BBQ ban could result in a fine of up to £2,000.

Countryside Manager for the National Trust, Craig Best, said: “The 2019 fire caused thousands of pounds worth of damage, put lives at risk and destroyed acres of important wildlife habitats.

"It was a huge blow to this country’s nature conservation.