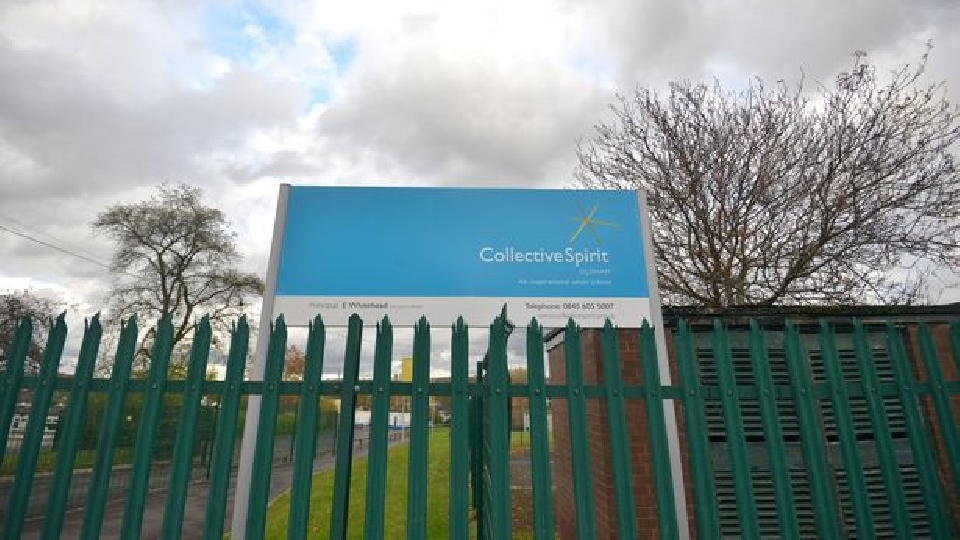 Town hall chiefs are seeking permission to knock down the failed Collective Spirit free school in Oldham – which surveys revealed may contain asbestos.

Oldham Council made the application for demolition this month, after acquiring back the freehold earlier this year.

If approved by the planning department, it which would see the former school on Butterworth Lane in Chadderton razed to the ground.

The town hall aims to market the land for housing, and according to its own strategic housing land allocation, the site could accommodate up to 204 new homes.

The application form states that the building has been empty since June 2017 and is now in a ‘poor condition and surplus to requirements’.

The method report states: “Whilst the council consider its future options for the site, the authority would like to demolish and landscape the property, to remove any current blight caused by the building and security measures taken to safeguard the property.”

A pre-demolition survey has also been undertaken, which ‘suggested’ that some materials which contain asbestos remain on the site.

In 2016 the school was placed in special measures following a damning ‘inadequate’ Ofsted report.

It closed in July 2017 and the board of the academy trust was also disbanded.

The previous education use has since been transferred to other schools in the borough.

Collective Spirit’s other school, Manchester Creative Studio in Ancoats, was placed in special measures in May 2017 amid ongoing major concerns about its management and standards.

Concerns about how both academies were being run and financial irregularity were raised in 2017.

In January, Oldham West and Royton MP Jim McMahon announced he had made a formal referral to the Serious Fraud Office, asking for an investigation into allegations of ‘fraudulent activity’ at the two failed free schools.

According to the plans, the Chadderton buildings will be knocked down and backfilled to become level with the surrounding land with crushed stone.

Kerbs and tarmac hand-standing are to be broken up, to be replaced with soil and seeded to match the playing field alongside the site.

The paladin fence around the school is to be taken down and kept for use at other sites.

Officers say the council is currently in the process of procuring a demolition contractor.

Once appointed, and if demolition is approved, they would ensure that there was out of hours security on the site at all times, including weekends.